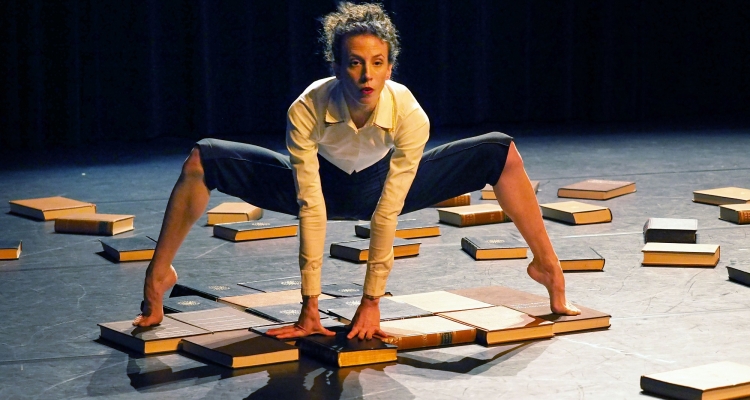 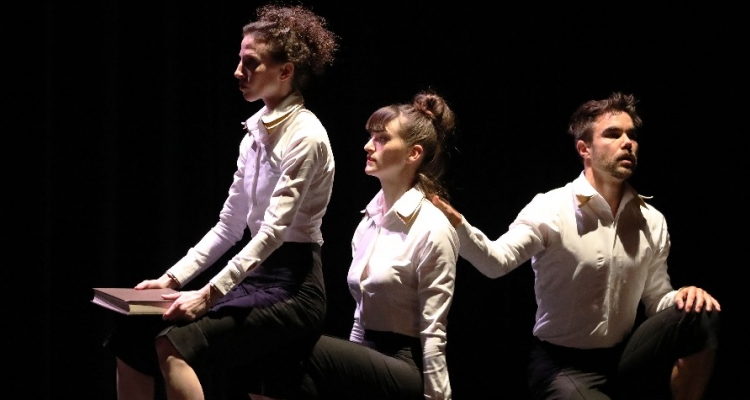 But where are we going? We can consult books to find that answer. And then?

We build and demolish, we climb and descend, create space for ourself and others. Through trial and error we move forward, from generation to generation. With books as artefacts, we travel throughout history. Without knowing where and when it will end.

The music for this performance is composed by Paul van Kemenade on saxophone and Stevko Busch on piano.

Francine van der Wiel - NRC: '"It takes guts to depict the never-completed development of humanity (Mankind) with such minimal means. Simply by stacking or pushing a bunch of old Winkler-Prinsen encyclopedia. For children a funny and intriguing game, for adults a symbolic treatise. Very impressive."  4 ****

There are no performances.

you will find scene photos, study packs and other practical materials go to the downloads